Symmetry, new, flawless – these words have defined idealised notions of beauty in the western world for hundreds of years. But what if our perception of what we deem to be beautiful encompassed the dichotomy of traditional aesthetic trademarks? In Japanese philosophy, the definition of beauty defies an eagerness for perfection, savouring the simplicity and the random, and overall accepting the transience of the natural world. This concept of finding beauty in the ordinary and imperfect is referred to as wabi-sabi.

The concept of wabi-sabi stems from Zen Buddhism and the rituals of Japanese tea ceremonies. Originally a term to denote lonesomeness, today ‘wabi’ essentially signifies ‘less is more’ and a reassurance in simplicity. Its counterpart ‘sabi’ denotes finding beauty in ageing and relishing visible signs of impermanence.

Since the principles of Zen value simplicity and a reverence for nature, the concept gradually seeped its way into the originally ornate and ostentatious practices of tea gatherings. Plain, locally produced and irregular crockery started to be valued over ornate objects. Cracks and imperfections symbolised an acceptance of transience and the simple practice of tea drinking became more accessible to the masses.

As the principles of wabi-sabi became more apparent in Japanese culture it started to define a new rhetoric in art, literature and poetry. As such, it prompted western society to shine a spotlight on its consumerist and throwaway culture and gain a better understanding of the way in which we value material possessions and consider our surroundings.

Since wabi-sabi is a non-verbal concept, its presence in physical objects can be hard to define, and even subjective. In fashion, the style often denotes subtle colours, visible stitching and the use of raw or organic materials with less environmental impact. Fashion designers have also pinpointed the Japanese aesthetic as inspiration for certain lines. Valentino’s Pre-Fall 2019 collection credit’s wabi-sabi as the conduit for exploring the diversity and subtle elegance of beauty with the brand’s creative director, Pierpaolo Piccioli stating he wanted to sartorially juxtapose western and Japanese cultures. Fashion designer, Robert Geller also cited the unique wabi-sabi aesthetic as the inspiration behind a pair of hand-dyed bio-based trousers that he created in collaboration with sportswear brand Lululemon.

However, the presence of wabi-sabi style in the high-fashion world can often be conflicting: although designers can pinpoint wabi-sabi as their inspiration, the idea of constructing a garment that reflects wabi-sabi – a concept which values randomness, natural imperfections and even visible threadbare – is somewhat paradoxical to the strategic construction of couture garments.

Implementing the notion of ‘less is more’ and valuing slow fashion, valued craftsmanship and ethically-scoured materials over relentless consumerism is a difficult barrier to overcome. Social media and ephemeral trends often mean we are reaching for the next best thing, which is as readily available as ordering an Uber.

Reducing our carbon footprint through the products we buy and make, and the way we live our lives also ties into the wabi-sabi philosophy. By embracing and accepting the fundamental truth of transience we are less likely to strive for perfection and thus continuously replace objects we already have. As sewists, we enjoy the luxury of creating unique pieces that boast longevity and character, and are more likely to be worn numerous times. Making informed decisions about the fabric we buy, using scraps and hand-stitching embellishments can be great way of channelling wabi-sabi. Purchasing ethically sourced fabric from shops such as Offset Warehouse or searching for terms like OEKO-TEX certified is good for the planet and your skin, too.

As well as stoneware and ceramics, natural materials, hand dyes and an affiliation with slow fashion can all evoke the wabi-sabi style. In his book Wabi Sabi: The Japanese Art of Impermanence, Andrew Juniper explains: “The use of natural dyes and hand weaving of the material ensures that the textiles have an added dimension of interest lacking in the consistency of most modern machine-made fabrics.” Techniques including Shibori, Sashiko, and Boro all help to convey a sense of transience and imperfection by producing unique patterns which become more interesting and meaningful through their lack of symmetry and regularity.

Visible mending has become a growing trend that many designers are tapping into as a way of embracing sustainability and encouraging consumers to value their clothes.

We may struggle to define or fully understand wabi-sabi, but trying to adopt the principles on which this diverse philosophy is built can help us find a sense of calm in this fast-paced and ever-changing, modern world.

One thought on “Wabi sabi: the philosophy that celebrates the ordinary and imperfect” 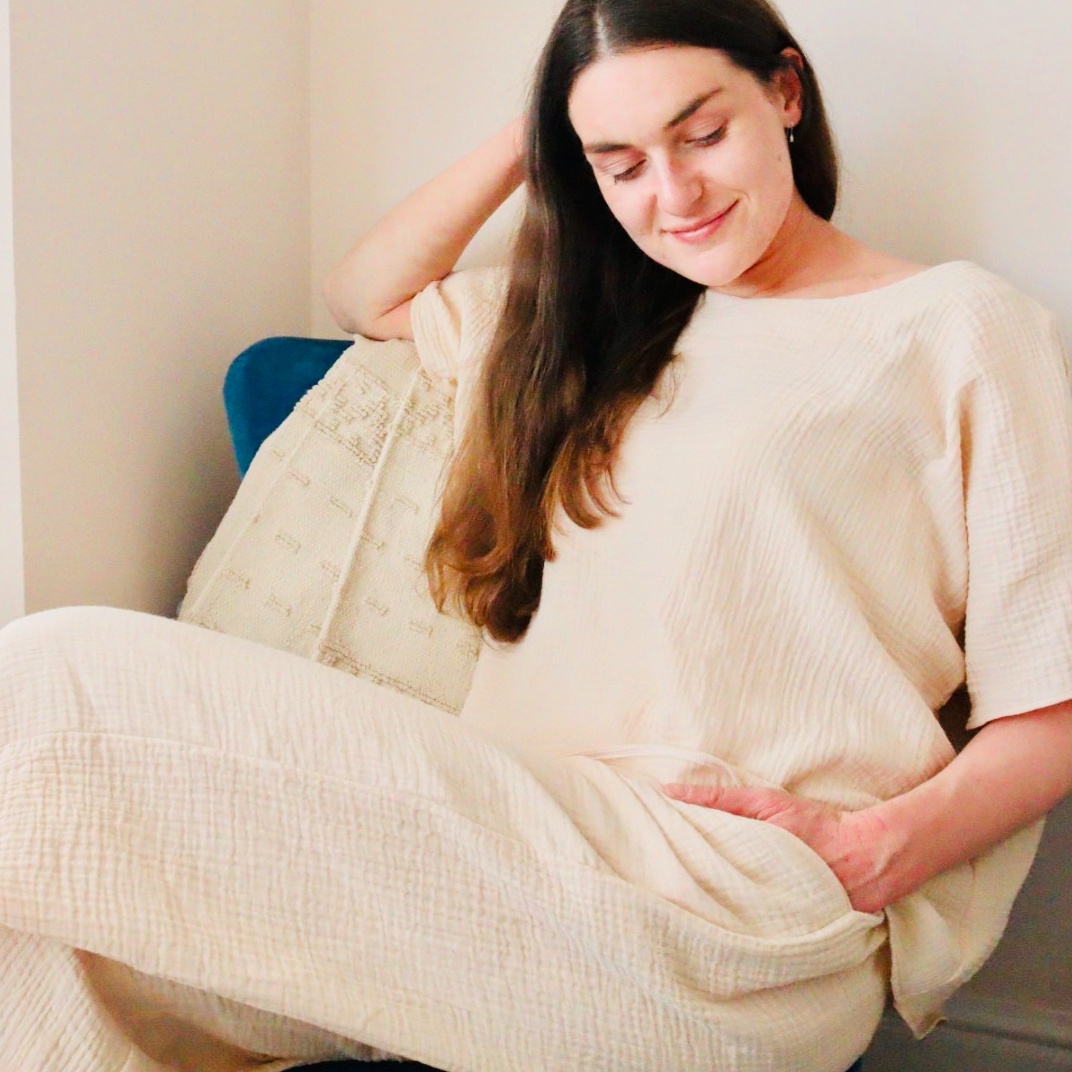 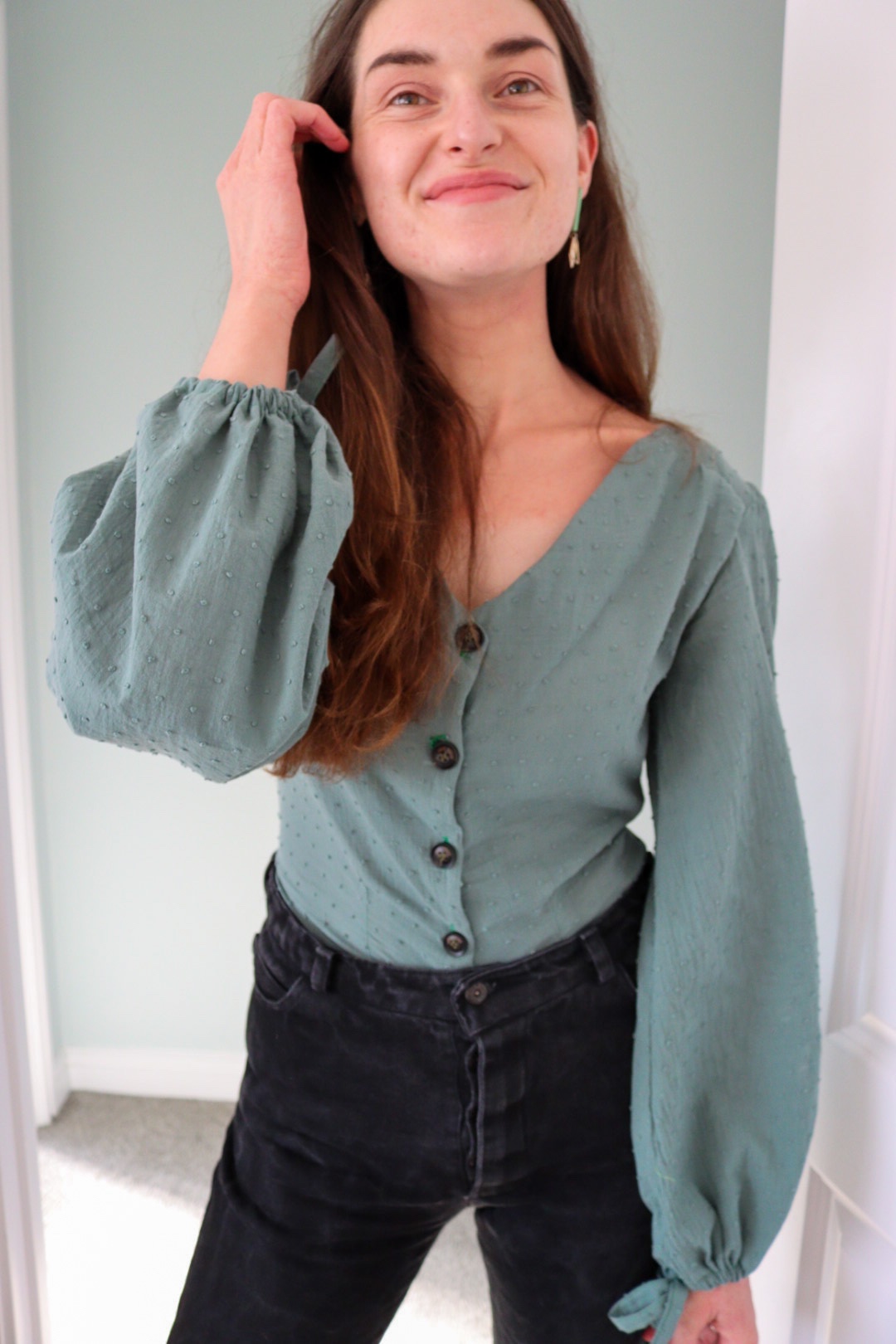 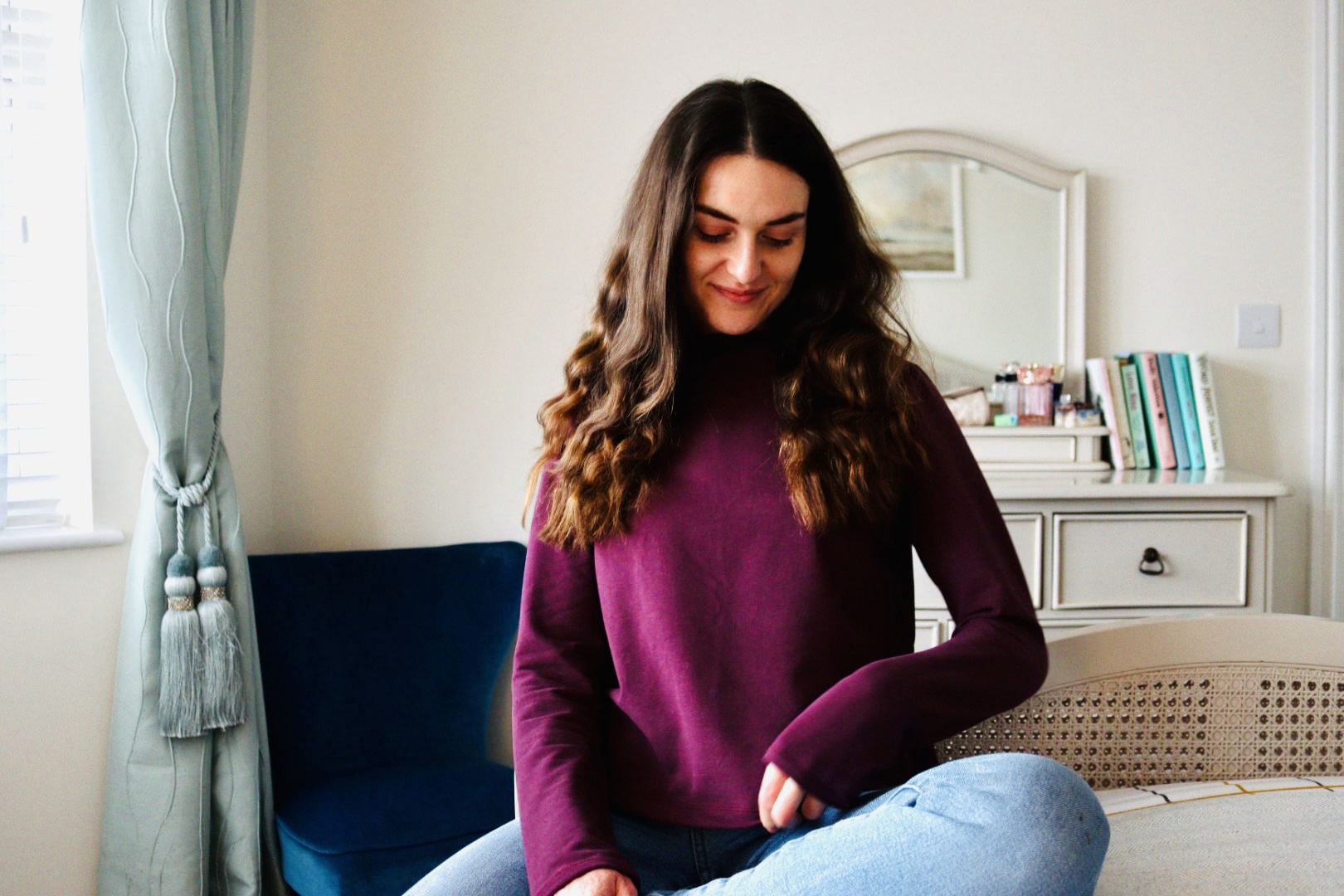 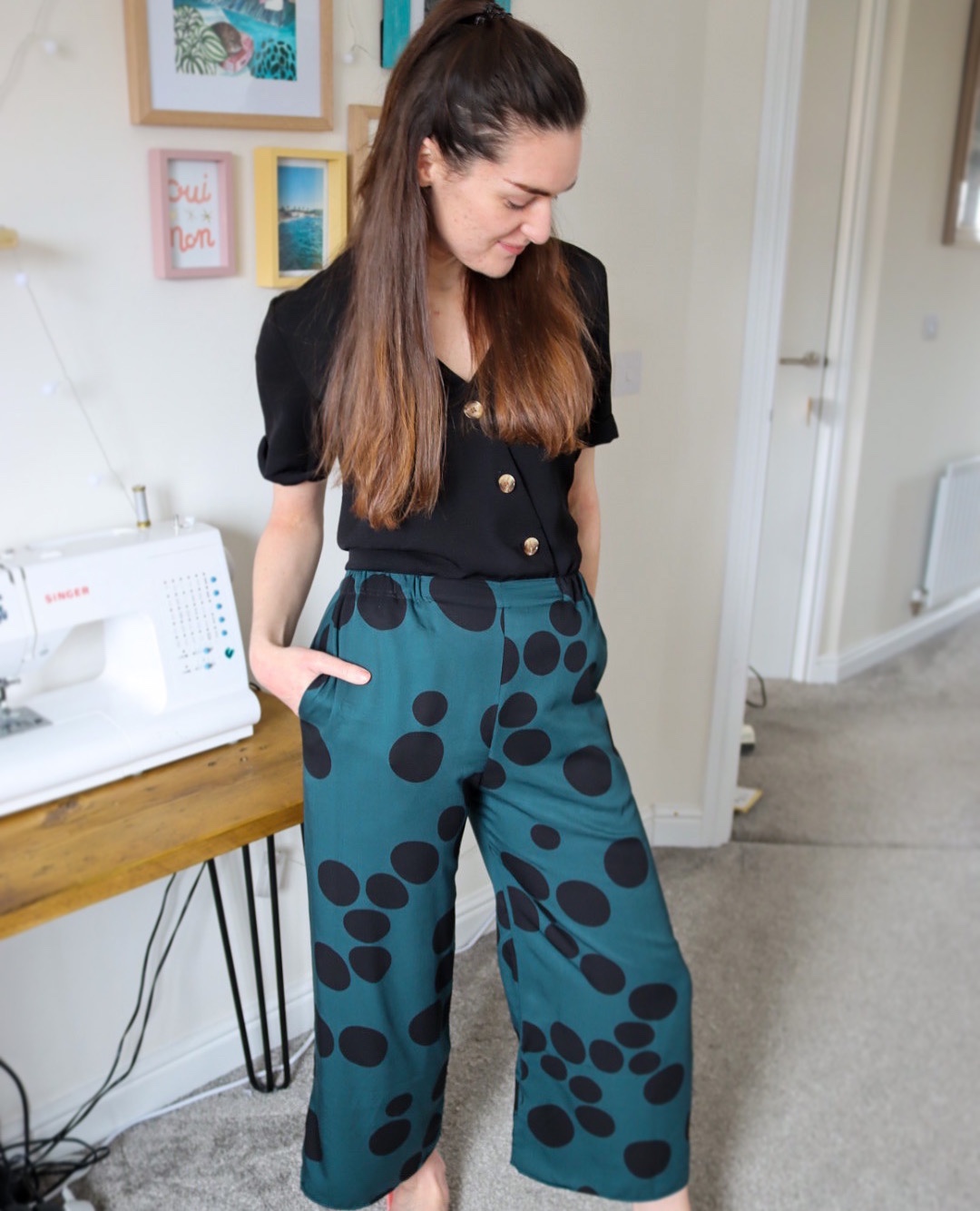 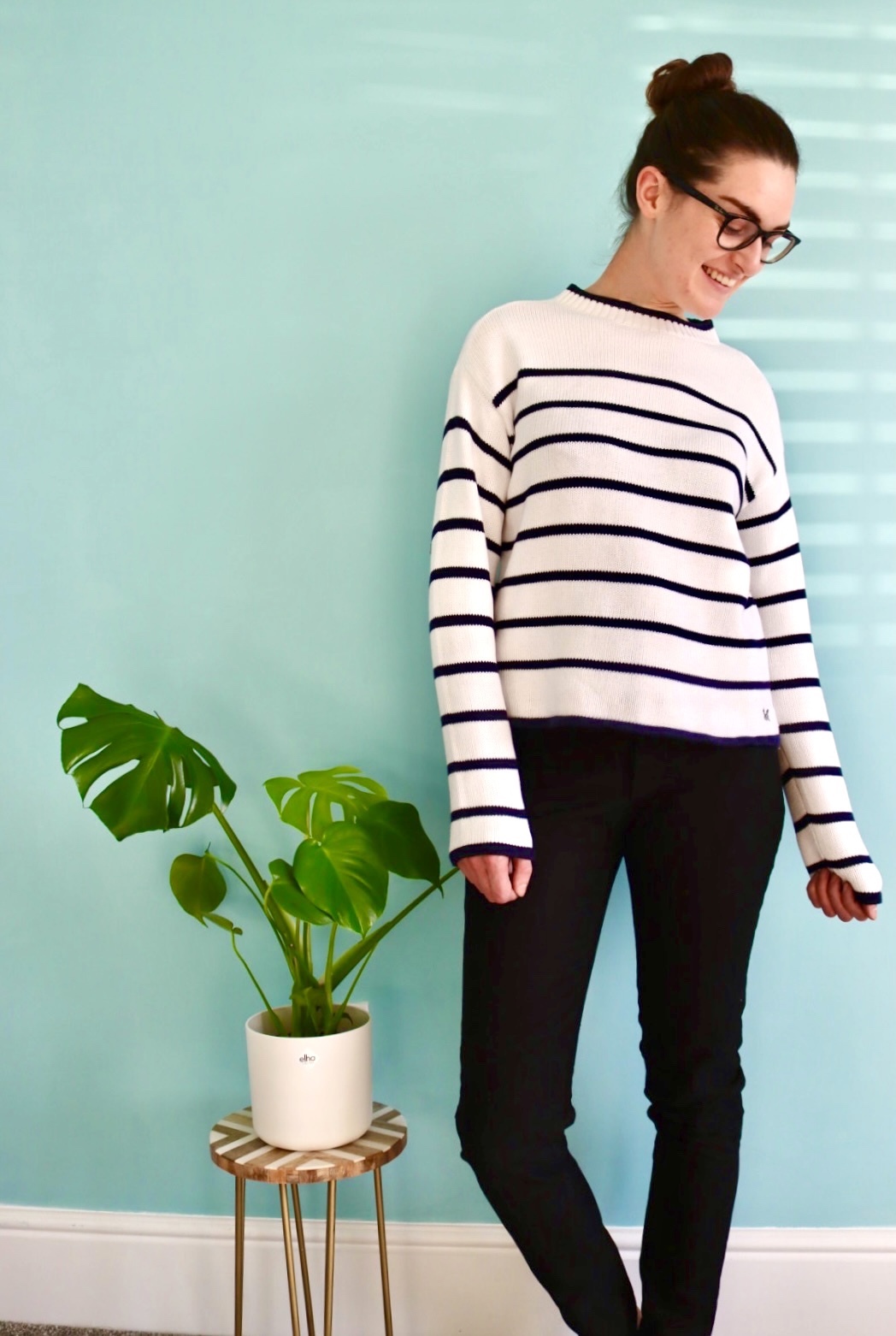 Latest make! ✨I needed to substitute my brushed cotton jammies for some seasonally appropriate sleepwear. Et voilà, a lightweight loungewear set in a super soft cotton gauze from @frumblefabrics. I used a @common_stitch pattern which is available for free from the @peppermintmagazine website. The full pattern review is up on the blog if you fancy a read.
Spring scenes 🌼
Nothing like a long, sunny weekend to pack away the winter woollies and replace them with some floaty spring pieces 🌸. I also realised my current sleepwear collection comprises snuggly, brushed cotton pjs or summery shorts and cami tops so I thought a loungewear set in this lightweight double gauze would be just the ticket. I’m using the loungewear set pattern by Common Stitch which is free to download from the @peppermintmagazine website. ✨
New review is up on the blog! ✨My motivation to sew has been a bit MIA recently so I decided to pick out a couple of features from my favourite patterns and merge them together. This top is a combination of the Nina Lee Kew and the By Hand London Hannah patterns. It’s not perfect (buttonholes I’m looking at you) but it was relatively simple to sew and I feel like it has helped give my sewjo a bit of a boost. Pop over to the blog if you fancy reading the full review. 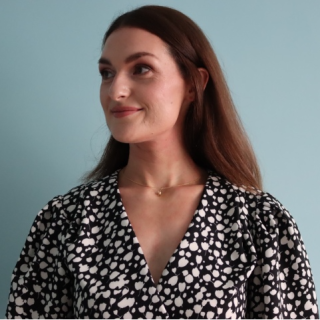